When the Letterkenny based Prokleen business enterprise is informed by customers that they can see right through their work, they view it as a job well done!
Not that window cleaning is the only service they provide, but it has been a central part of the work they carry out around Letterkenny, a generational business that has run for close to forty years.

It was back in 1983 that Tony and Sylvia Pond, complete with their two young sons, Andrew and Joe, arrived to set up home in Letterkenny from their previous residence in Reading, South-East England.

Not unfamiliar territory for the Ponds as they had holidayed in Donegal previously and had fallen in love with the county.

“I remember when we arrived the Swilly was frozen over it was that cold. And there we were out cleaning windows in the freezing temperatures,” recalls Andrew who was thirteen at the time.

The window cleaning business was something that Tony Pond was anxious to undertake. “He said at the time that he was determined not to go on the dole and wanted to work from day one.”

For some of the locals at the time, the news that Tony Pond was going to live in Letterkenny and operate a window cleaning service came as something of a surprise. For he shared his name with one of Britain’s top rally drivers who had competed in the Donegal International event! “Yes, there was bit of confusion about that at the time,” laughs Andrew.

The non-rallying Pond family settled in Trimragh from where the window cleaning business commenced. And Andrew and his younger brother, Joe, then eleven, were involved from the outset.

“We’d be up at 6.a.m. some mornings to go out and help Dad for a couple of hours before school and then in the evening we’d be out again giving him a hand, not every day I should add.”

Andrew further recalls polishing the floors at the former Unifi factory on Christmas Eve in 1984. “Hard to believe it’s gone now. And such a big employer in the town.”

In 1991, Andrew set up his own business, Prokleen, aided initially by his father.
One of their first commercial engagements was at the Letterkenny Shopping Centre but he was still pursuing the domestic market.

“It’s a community thing as far as our business is concerned. I always like to stress that community aspect.”

Andrew’s son, Josh, is also involved in the business bringing the enterprise through to three generations to date. Two other employees, Chris, and John, have been working with the firm for ten years and a couple of months respectively.

And there is plenty of work for them to do. “It’s been a tough time for a lot of businesses because of Covid but we have been able to work through it while others haven’t.”

Andrew’s wife, Stephanie, is also involved in the business end of things.
That business has evolved over the years and while window cleaning continues to form a key part of the operation, Prokleen also provides additional services.
Want to avoid the high cost of painting your house? Have a qualified Softwash technician restore it to its original glory at a fraction of the cost.

The Prokleen window cleaning specialists have invested in Pole Fed Cleaning technology and carry out property maintenance at both domestic and commercial settings including schools and colleges, office and apartment blocks, retail units, pubs, restaurants and hotels, and nursing homes.

Based at Scribley they cover all areas in the vicinity of Letterkenny including Ramelton, Milford, Convoy, Raphoe and the Twin Towns.

And thirty-eight years since the family first established themselves in the county they are the specialists to turn to when you want to add some sparkle to your property – a window to the past that has reached the present with a clean cut reputation. The Leader May 2021 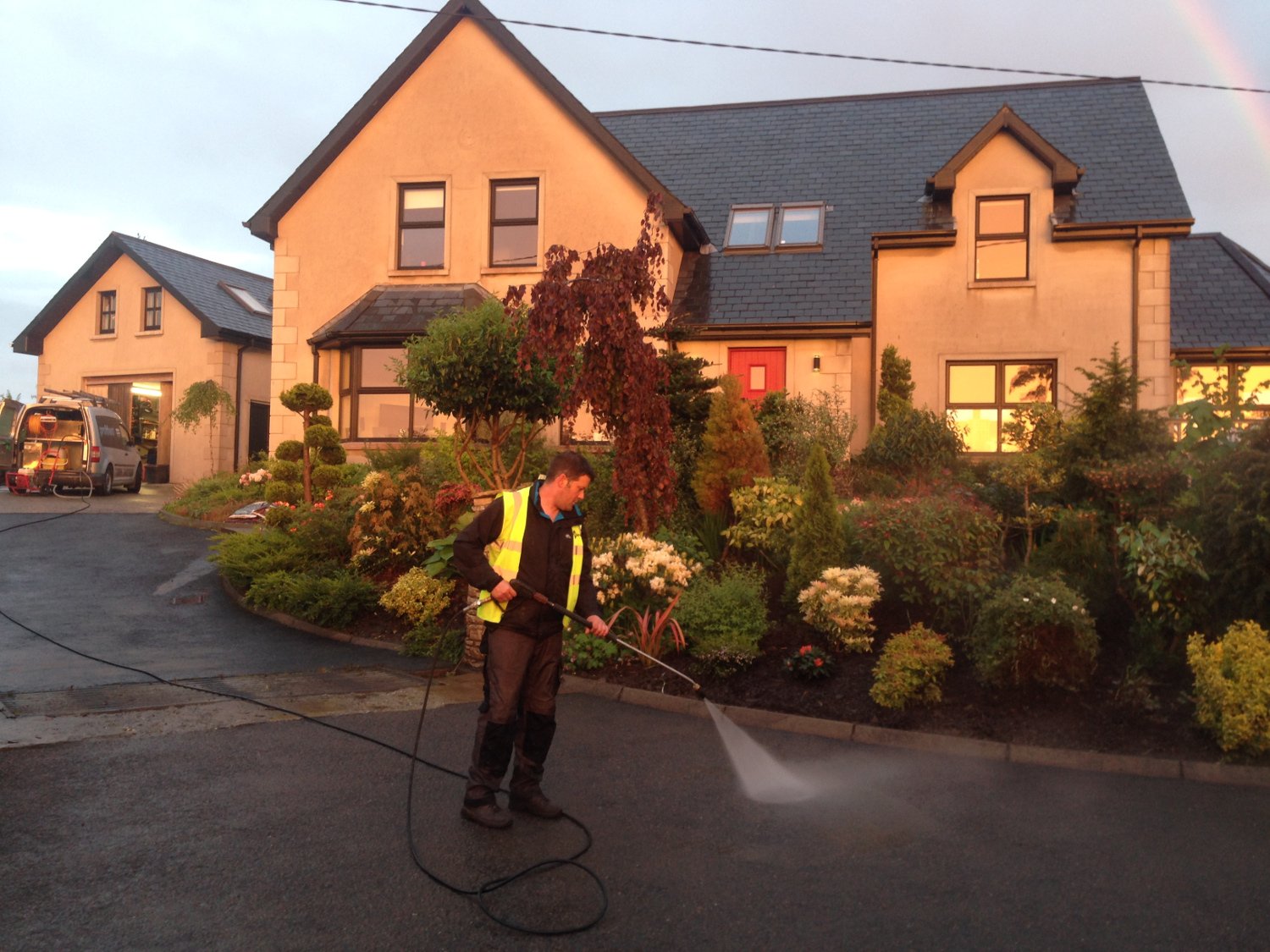 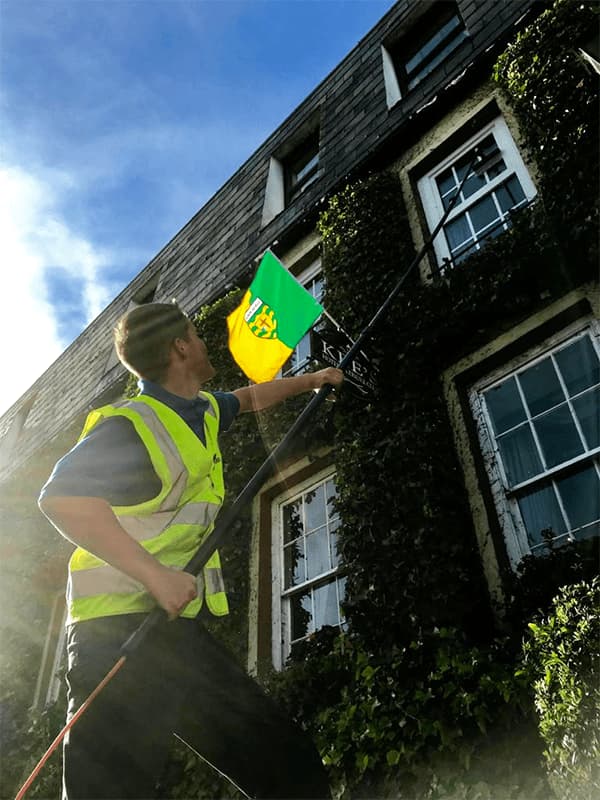 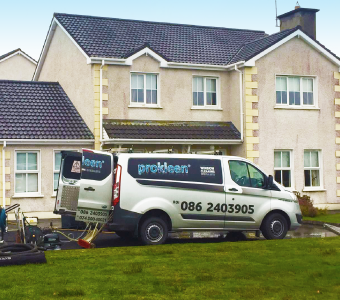